The Rules of Life has released its first literary issue. Inside, readers will find stories by writers who constitute the pantheon of modern literature about music – writers who educate and redeem us – as well as a long-awaited collaboration with Peredelkino: 15 columns devoted to the role of music at the Art House.

For the non-fiction section of the issue, two rock stars, a music critic, drama director, and composer wrote their own stories about music. They include Diana Arbenina, Roma Zver, Andrey Bukharin, Alexander Artemov, and Nastasya Khrushcheva. 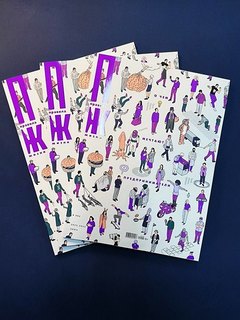 First Issue of Rules of Life is Already on Sale!
The issue, continuing the traditions of the Russian edition of Esquire, captures the spirit of the new era.

Esquire in April: Life and Place in the Story of a Major Russian Writer
The April release continues the tradition of issues devoted to collections: the special issue features Eduard Limonov.
See More