The cover of the new issue of Esquire features Keanu Reeves, an actor who has starred in 68 films in 35 years, played murderers and romantics, messiahs and fools, the devil incarnate and the best of people. Inside – a wide-ranging conversation with the actor about the past and future, and particularly about the third sequel to The Matrix that will come out in theaters soon.

The first film in The Matrix series – the 20th century’s last reflection on the future – was released in 1999 and became a cult classic. This issue of Esquire looks back at the dream of the future and how it changed over the course of the last century. How did scholars, the literati, film directors and ordinary people imagine «tomorrow»? What did they fear most? Did their fears come true? Readers will find this and much more in the latest issue. 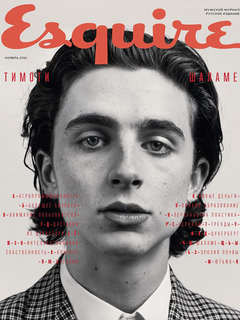