The Bazaar Heart Concert is one of the most unforgettable events of summer. Bringing together participants and guests for the sake of charity, it was held in the Barvikha Luxury Village concert hall on June 30.

Sixteen unique lots were prepared especially for the Bazaar Heart Concert: exclusive one-of-a-kind Harper’s Bazaar magazine covers created by the world’s top designers — Ralph Lauren, Rosello Giardini, Viktor Khorsting and Rolf Snoeren, Diane von Furstenberg, Domenico Dolce and Stefano Gabbana, Antonio Marras, Giorgio Armani, Roberto Cavalli, Sonia and Nathalie Rykiel, Jean-Paul Gaultier, Angela Missoni, Michael Kors, Donatella Versace, Peter Dundas and Frida Giannini. The highlight of the evening was the auction of a print of the photograph of Bryan Adams and Natalia Vodianova that graces the cover of the July issue of Harper’s Bazaar, not to mention dinner with the two notables. The lot sold for 105,000 euros. All of the funds raised by the Bazaar Heart Concert were donated to Natalia Vodianova’s Naked Heart Foundation and The Bryan Adams Foundation. With Christie’s auction house conducting the sales and Ksenia Sobchak and Igor Vernik hosting the evening, the charitable event raised 539,000 euros.

The music for the evening was provided by the Jukebox Trio, a cappella group, and DJ Vitaly Kozak. The culmination of the musical program came when the legendary Bryan Adams sang his greatest hits. And guests were in for a pleasant surprise when Natalia Vodianova joined Adams to sing one of the songs.

The renowned singer and founder of the The Bryan Adams Foundation said, “It was very important for me to make a contribution to the development of philanthropy in Russia.” Natalia Vodianova added that, thanks to the Bazaar Heart Concert, “That tradition [of giving], built exclusively on the enthusiasm and support of close friends, received great support.” 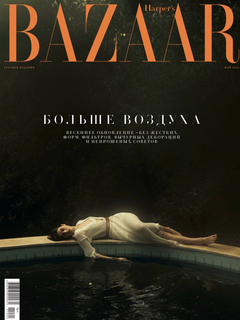 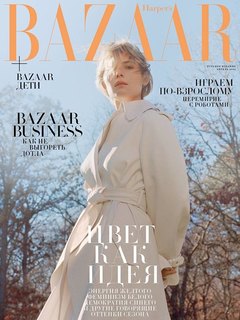 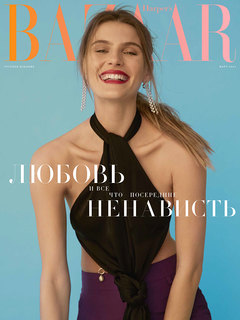 Harper’s Bazaar in March: Love, Hate and Everything in Between
The two-cover issue is devoted to women’s power and the heroines of our time. 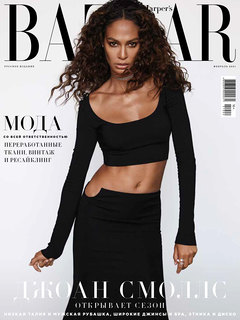