The November issue of Cosmopolitan magazine will be released in two volumes representing two different views of life. Cosmo decided to repeat last year’s success and again publish the magazine in two volumes for the price of one. The theme of this double issue is life with and without rules.

Eva Longoria graces the cover of the first volume, titled "According to the Rules." That issue includes:

21st-century gentlemen vs. 19th-century gentlemen: Are there any noble men today?
Husbands: copies of fathers: young women choose and win;
The morning after: how to behave at the start of a relationship;
Project with wise men: Ivan Okhlobystin, Alexei Kortnev, Maxim Leonidov, Sergei Mazayev — what they have learned in their 40+ years, and what you need to know right now;
The pet names we give our loved ones, and what they mean.

The second volume, “Without Rules,” features Dianna Agron on the cover and includes:

Conflict between your boyfriend and your parents: how to repair the relationship;
Spies like us: why we monitor our loved one’s behavior;
A choice of the heart: the hero of our heart has behaved unfairly but has no regrets;
Natasha is a nice guy: masculine women, their position in life and their happiness;
Correcting past mistakes: some manage to do it.

A broad advertising campaign in Moscow and Russia’s regions will support the special November Cosmopolitan release. Ads for the two-volume issue can be seen in city format, outdoor screens and the Formula Kino chain of movie theaters. Clips announcing the Cosmopolitan issue will be broadcast on the TNT, MuzTV and MTV television stations and on the Yevropa Plus, Love Radio, Energy, Shokolad and Pervoye Populyarnoye radio stations. An Internet banner with a picture of the November issue of Cosmopolitan will run on the cosmo.ru, woman.ru, spletnik.ru and lookatme.ru websites, and the issue will also be advertised on the Odnoklassniki, Vkontakte, Facebook and Twitter social networks.

The two-volume November issue was released for sale on Oct. 11. 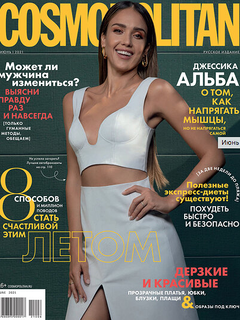 Cosmopolitan in June: Achieve Happiness this Summer
Cover features the magnificent Jessica Alba, who reveals her secrets for happiness. 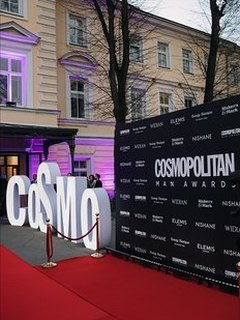 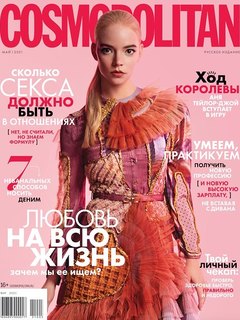 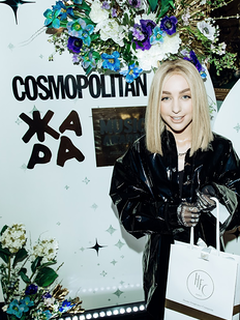