Cosmopolitan Beauty magazine and the Rive Gauche chain of cosmetics and perfume shops celebrated a double anniversary on October 10: the magazine’s fifth annual Beauty Day and the 20th anniversary of the store chain. Celebrations were held in four Russian cities: Moscow, St. Petersburg, Rostov-on-Don and Kazan.

The events centered on the theme “A Holiday Around You” and featured a full program of festive entertainment. Guests enjoyed free beauty bars, live music, complimentary gifts and won prizes in raffles. And of course, the celebration would not have been complete without performances by celebrities.

Beauty Day shoppers had the unique opportunity to buy their favorite cosmetics at discounts of up to 50 percent, and could get a complimentary Rive Gauche gold card and a stylish accessory from Lady Collection with their purchases.

The Prime Star health food café chain served tasty treats and everyone who attended the Moscow festivities enjoyed a magic and dance performance by the “Gear. Mechanical Heart” theater troupe. Cosmopolitan Beauty editor-in-chief Yulia Lapshina delivered the opening remarks at the event. The groups Jazz Band Move and Turkish Soprano, dance groups, mimes and illusionists were also on hand to entertain Beauty Day guests. The evening ended with a performance by past contestants from the television program “The Voice,” Alexandra Belyakova and Yegor Sesareva.

Romantika radio served as media partner to the event and the station’s staff hosted an entertaining quiz on beauty secrets.

2021 Cosmopolitan Beauty Awards: How It Was
The annual beauty award ceremony was held for the 18th time. 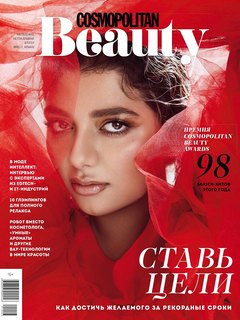 Cosmopolitan Beauty this Fall: Set Goals
Magazine has two covers: one with Anastasia Yakusheva who created courses for scaling up a business, the other with Manifest project creator Nelly Armani. 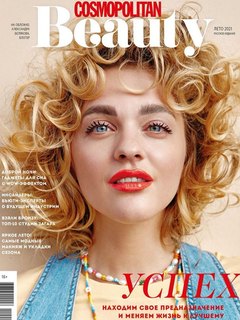 Cosmopolitan Beauty in Summer: Changing Life for the Better
ssue released with two different covers: in one part of the print run, the cover financial mentor Alexander Belyakov, and on the other, blogger Leila Meshkova. 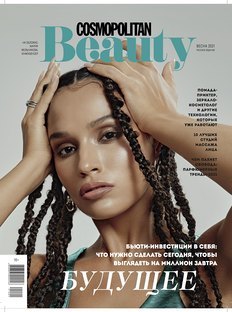 Cosmopolitan Beauty in Spring: The Future of Beauty
In this two-cover issue, experts predict the near and not-so-near future of beauty.
See More